What is art? - a pamphlet

posted on 13.1.20
When the British parliament asked the government in 2019 to publish the messages that key officials were sending to each other about Brexit via text message, email, Facebook and messaging apps, it drew attention to the extent to which elected officials have been sidestepping official channels in their communications.

The push came in September, when tensions over Brexit were high and there were concerns that the government was being dishonest about its motives for suspending parliament for five weeks – a move that was ultimately ruled as unlawful by the Supreme Court.

Clearly parliamentarians thought important information was being shared on these platforms that the public needed to know about. In a rather telling move, the government refused to comply with the request. The incident shows how messaging apps have come to play an important role in operations – and how they allow officials and politicians to evade scrutiny.

Political groups are increasingly alert to the potential of messaging services like WhatsApp and Telegram for operating closed communities. The emergence of the European Research Group (ERG) within the UK Conservative Party is a case in point. This is an organisation for Conservative members of parliament who were enthusiastic about leaving the European Union long before the 2016 referendum and subsequently pushed for as hard a Brexit as possible.

Shortly after the referendum, key ERG leaders came together in a WhatsApp chat group. The then chairman of what was still a little-known organisation, Steve Baker, became an administrator of the group.

By the time the existence of the WhatsApp group was revealed four months later, the ERG was becoming more and more influential within the Conservative Party. Some would argue that its actions ultimately helped to thwart Theresa May’s attempts to get her Brexit deal through parliament. The ERG voted again and again to block her deal, denying her the votes she needed.

This was quite an achievement for an organisation largely made up of backbenchers. At times, it isn’t even entirely clear to the general public which parliamentarians are members of the ERG, yet they were able to exert significant influence over their party without having to go public with their operations.

That was, in no small, part, thanks to networks beyond the reach of traditional scrutiny mechanisms such as the WhatsApp group. The ERG WhatsApp group members described their chat as an “extremely effective” way of organising as it helped them to agree on “lines to take” in parliament and in the media.

Many similar WhatsApp groups now exist in parliament. They unite MPs of different parties that range from Labour factions to the “One Nation” group of moderate Tories. Communicating in a WhatsApp group even allows MPs to organise across party boundaries, helping them to defy the official party line on key issues.


This new type of political organising affects how power is distributed within parties and movements. A traditional party has a leader and a whip; a WhatsApp group has an administrator. A new breed of operative therefore wields significant power.

Administrators make decisions regarding who to add or remove from a chat and, often, what content is shared. This means that, if a group gets big enough, a relatively low-level party operative can become an important figure. In the traditional sense of party structures, Steve Baker, for example, is not a leading politician. But as administrator of the ERG WhatsApp group, he can control who is in and who is out of a discussion group that has played a central role in the direction taken on Brexit.

Research in recent social movements such as Occupy Wall Street and the Indignados has shown that social media administrators can become leading voices in protest communities even when such movements are presented as “leaderless” and “horizontal”. However, social movements are not the same as elected representatives. They do not have to conform to the same regulations around transparency and accountability that apply to our elected politicians.


The content of influential online groups is also often as invisible as the people taking part in them. This is because messaging platforms like WhatsApp are encrypted and designed as extremely private spaces.

There can be benefits to encryption of course. Protest movements depend on this security to protect themselves from the threat posed by undemocratic states. But elected politicians should not abuse the capabilities of digital media like the encryption mechanisms of platforms. Otherwise, society risks losing track of government communications related to important matters such as Brexit. The history can be deleted or hidden away in private company servers. While Downing Street’s confidential memos on the prorogation were eventually released, such digital communications remain out of reach.

The other problem here is that government business is increasingly conducted on the communication platforms of private companies. What power does this give Whatsapp, and its parent company Facebook, over the communications of our governments?

We still know relatively little about how messaging platforms are reshaping parties’ internal operations. Unless we turn the spotlight on these internal dynamics, shadow organisations inside parties will continue to influence politics with no accountability. 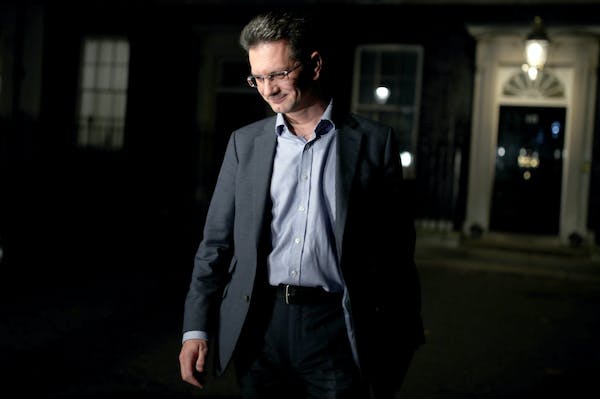