Most people in the UK are committed meat eaters – but for how long? My new research into the views of meat eaters found that most respondents viewed veganism as ethical in principle and good for the environment.

It seems that practical matters of taste, price, and convenience are the main barriers preventing more people from adopting veganism – not disagreement with the fundamental idea. This could have major implications for the future of the food industry as meat alternatives become tastier, cheaper and more widely available.

My survey of 1,000 UK adult men and women found that 73% of those surveyed considered veganism to be ethical, while 70% said it was good for the environment. But 61% said adopting a vegan diet was not enjoyable, 77% said it was inconvenient, and 83% said it was not easy.

Other possible barriers such as health concerns and social stigma seemed not to be as important, with 60% considering veganism to be socially acceptable, and over half saying it was healthy.

The idea that most meat eaters agree with the principles of veganism might seem surprising to some. But other research has led to similar conclusions. One study for example, found that almost half of Americans supported a ban on slaughterhouses.

The prevalence of taste, price, and convenience as barriers to change also mirrors previous findings. One British survey found that the most common reason by far people gave for not being vegetarian is simply: “I like the taste of meat too much.” The second and third most common reasons related to the high cost of meat substitutes and struggling for meal ideas.

These findings present climate and animal advocates with an interesting challenge. People are largely aware that there are good reasons to cut down their animal product consumption, but they are mostly not willing to bear the personal cost of doing so.

Decades of food behaviour research has shown us that price, taste and convenience are the three major factors driving food choices. For most people, ethics and environmental impact simply do not enter into it.

Experimental research has also shown that the act of eating meat can alter peoples’ views of the morality of eating animals. One study asked participants to rate their moral concern for cows. Before answering, participants were given either nuts or beef jerky to snack on.

In this way, the default widespread (and, let’s be honest, enjoyable) behaviour of meat eating can be a barrier to clear reasoning about our food systems. How can we be expected to discuss this honestly when we have such a strong interest in reaching the conclusion that eating meat is okay?

Fortunately, things are changing. The range, quality, and affordability of vegan options has exploded. My survey was conducted in September 2018, a few months before the tremendously successful release of Greggs’ vegan sausage roll.

Since then, we have seen an avalanche of high-quality affordable vegan options released in the British supermarkets, restaurants and even fast food outlets. These allow meat eaters to easily replace animal products one meal at a time. When Subway offers a version of its meatball marinara that is compatible with your views on ethics and the environment, why would you choose the one made from an animal if the alternative tastes the same?

The widespread availability of these options means that the growing number of vegans, vegetarians and flexitarians in the UK have more choice than ever. Not only will this entice more people to try vegan options, but it will make it far easier for aspiring vegetarians and vegans to stick to their diets.

With consumer choice comes producer competition, and here we will see the magic of the market. If you think those looking to cut down their meat consumption are spoilt for choice in 2020, just wait to see the effect of these food giants racing to make their vegan offerings better and cheaper as they compete for a rapidly growing customer segment.

We may be about to witness an explosion in research to perfect plant-based meat analogues. Meanwhile, the development of real animal meat grown from stem cells without the animals is gaining pace.

While these replacements get tastier, more nutritious and cheaper over the next ten years, meat from animals will largely stay the same. It is no wonder the animal farming industry is nervous. Demand for meat and dairy is falling drastically while the market for alternatives has skyrocketed.

In the US, two major dairy producers have filed for bankruptcy in recent months, while a recent report estimated that the meat and dairy industries will collapse in the next decade.

This leaves the average meat eater with a dilemma. Most agree with the reasons for being vegan but object to the price, taste, and convenience of the alternatives.

As these alternatives get cheaper, better and more widespread, meat eaters will have to ask themselves just how good the alternatives need to be before they decide to consume in line with their values. Being one of the last people to pay for needless animal slaughter because the alternative was only “pretty good” will not be a good look in the near future.

Articles and your news wanted

If you’re an artist, musician, poet, performer, promoter or curator and you would like some free publicity for your work, or your latest project, then why not send us your press release or an article you’d like us to publish on here about your work.
If you’re arranging an exhibition, requiring works for publication please contact us and we’ll put a shout out.
If you’re making podcasts that relate to the arts please get in touch and we’ll give you a mention.

WALES Contemporary / Cymru Gyfoes is an international open competition for 2D and 3D artworks in any medium, excluding photography and film. 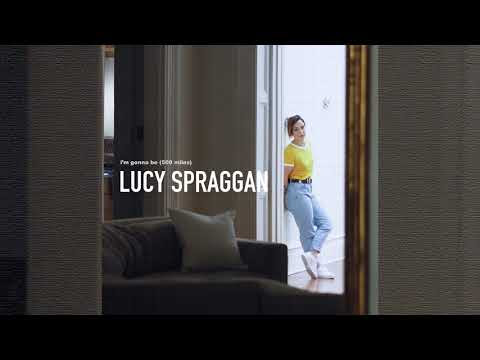